Yes, i've been a huge slacker post-wise these last few weeks. I'm sorry, it's been busy...I'm sure unlike anyone else who actually posts regularly. Okay, so the real reason is I'm not as talented of a multitasker.
So, here's something:
For Immediate Release
October 27, 2010

Seventh Star Press is proud to announce the addition of award winning author Jackie Gamber to its family of writers, with the acquisition of her YA Fantasy saga, The Leland Dragon Series.

The first book of the series, Redheart, was originally released by Meadowhawk Press, an exceptional small press publisher based in Memphis, TN, one of only four indie presses to ever win a Philip K. Dick Memorial Award (for the David Walton novel, Terminal Mind). When Meadowhawk Press decided to close its business operations, Seventh Star Press was thrilled
to have the opportunity to sign Jackie Gamber, and commit to the entire Leland Dragon Series.

“I'll always have a heart for indy press, and Seventh Star is the epitome of what it's about: dedication to a vision and enthusiasm for writers.
Seventh Star Press is an exciting ride, and I'm thrilled they offered me a seat,” commented Jackie about coming aboard with the Lexington, Kentucky-based publisher.

A wondrous coming of age tale, Redheart tells the stories of village girl Riza Diantus, and the dragon Kallon Redheart. Both are outcasts, struggling with the conventions of their respective societies, during an
age in which tensions are high between dragons and humans. The Leland Province teeters on the edge of war, as the Dragon Council Leader, Fordon
Blackclaw, seeks to drive humans into submission, or outright destruction.Under a blackening cloud of danger, the friendship grows between Riza and Kallon, as both face their respective destinies, embracing a host of challenges and threats, not the least of which includes regaining hope,
and confronting the difficult things of one’s past.

Jackie Gamber is a versatile and prolific writer, whose work has appeared in an array of anthologies and magazines, in addition to published novels.
Among her accolades, Jackie was the winner of the 2009 Mary Wollstonecraft Shelley Award for Imaginative Fiction, was named honorable
mention in L. Ron Hubbard's Writers of the Future Award, and has been selected as the Editor Guest of Honor for the 2011 MidSouthCon, one of the
southern United States’ premiere genre conventions.

“Jackie truly embodies the spirit of the growing family at Seventh Star Press,” fellow Seventh Star Press author Stephen Zimmer said. “Her talent as a writer is well established, and she is a very popular, well-loved guest at conventions and events, in addition to being a dedicated
educator. She will be a fantastic ambassador for Seventh Star Press, and I know that everyone here, from our editors like Amanda Debord, to our art
director Matthew Perry, to authors like myself and Steven Shrewsbury, will be fully committed to raising awareness of Jackie and her exceptional
work.”

The Seventh Star Press edition will feature cover art and additional illustrations from fantasy artist Matthew Perry, whose work has been rapidly gaining attention on the convention circuit. The projected release date window for the new edition of Redheart is late February/March of 2011, in hardcover, trade paperback, and several eBook formats,
covering owners of the Kindle, the iPad, the Nook, Sony eReaders, and other electronic reading devices.

Sela, Book Two of the series, is targeted for a mid-late summer release in 2011, with Book Three scheduled for mid-2012 release in all of the
aforementioned formats.

An extensive series of special events and signings in support of the novels are in the planning stages, slated to begin in early 2011.

Updates and additional information can be obtained at the official site for Seventh Star Press, at www.seventhstarpress.com , or at the author's site at www.jackiegamber.com
Have a great Halloween weekend everyone.
Any good costume ideas? My family has a bit of a theme going, I'll post pictures later. :)
Posted by Bryce L. at 11:18 AM 1 comment: 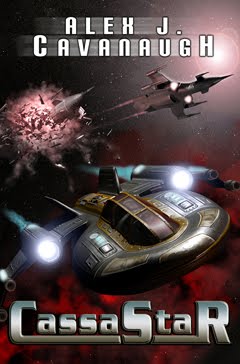 My review of CassaStar is up and today just happens to be the book release day.

The Stamp is a Wasteland (this week)

Because I have so much free time, I signed up for Moot Court Competition, which means the next two weeks will be insane. Hence the lack of posting. Apologies in advance.
I do hope to post some reviews this week and the next (because luckily they're already to mostly done).
Here's hoping I don't keel over this week!
Posted by Bryce L. at 11:29 AM 2 comments: 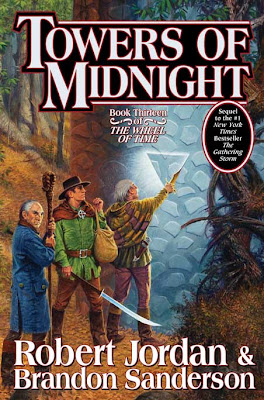 Tor's got the first chapter of the newest book in The Wheel of Time, Towers of Midnight. One of these days I'll be able to actually read these things once I catch up. Next year mayhap.

The Wheel of Time turns, and Ages come and pass, leaving memories that become legend. Legend fades to myth, and even myth is long forgotten when the Age that gave it birth comes again. In one Age, called the Third Age by some, an Age yet to come, an Age long past, a wind rose above the misty peaks of Imfaral. The wind was not the beginning. There are neither beginnings nor endings to the turning of the Wheel of Time. But it was a beginning.